“A society grows great when old men plant trees whose shade they know they shall never sit in.”

What’s a dollar worth to you?  Anything come to mind?  When I was a kid I must have biked up to the deli by my house a thousand times to buy a Milky Way bar with a sweaty dollar bill pinched between my palms and the handlebars.  Later on in college, the Dollar Menu at Mickey D’s was a godsend.  Nowadays, it might take you a minute to think of anything that costs a buck–hell, even the dollar stores are going through a ‘$5 Dollar’ rebrand. If you saw a dollar on the ground, of course you’d pick it up, but by that same token, if you lost a dollar you wouldn’t lose any sleep over it (at least I hope).

What’s the most value you can get out of a single greenback?  Sure, that perfect jukebox tune can get the whole bar singing, a tallboy can of Arizona iced tea is a great deal (shoutout to Arnold Palmer), and there’s always that tiny chance you hit the jackpot on a scratch-off ticket–but what about something with a guaranteed tangible impact?

How about a tree?

A couple months back, I came across an organization, One Tree Planted, which operates on an elegantly simple premise: one dollar donated, one tree planted.  Since its founding in 2014, this non-profit has planted over 4 million trees in 18 countries and has consistently managed to double their totals year over year.  A GuideStar ‘Platinum Seal of Transparency’ recipient, One Tree Planted works by pooling donated funds and allocating them to reforestation projects in forests that have been depleted by human interference, wildfires, and other natural disasters. Saplings are grown in nurseries, planted in rainy seasons, then monitored and tended to by arborists, in the process creating sustainable jobs for local communities. 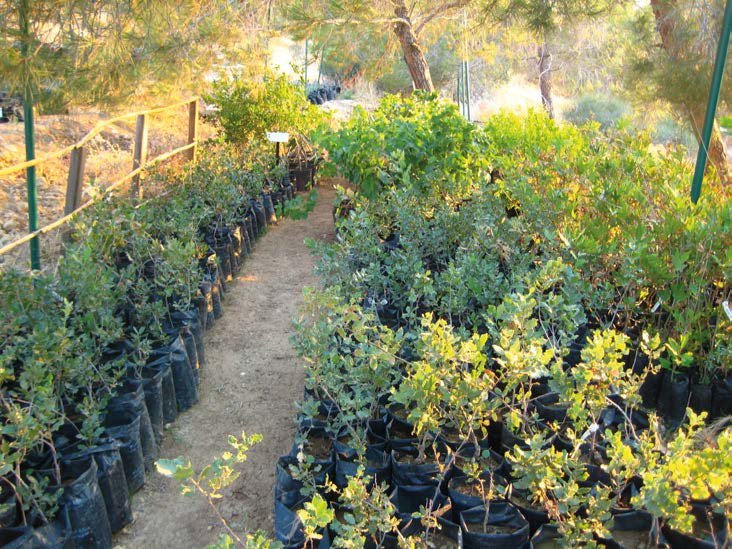 What if you spent a dollar a day on a tree? Would you even notice the change in your checking account? I’d be ecstatic if my atm withdrawal fees were only $1.00.  I can justify the expense simply for the small peace of mind it delivers.  Lazy, unproductive day spent watching cartoons in bed?  Well, at least I did something for the good of us all…

I’m sure you learned in elementary school that trees are good for the environment, so I won’t waste your time trying to convince you that this is indeed a worthy cause.  That said, here are a couple of eye-openers to reinforce how critical trees are to the ecosphere.

It all adds up…

Let’s spitball here.  Using this nifty tree spacing calculator, and spacing the recommended 20 feet between rows/ 6 feet between trees, after a year of donating a tree every day,  you’d have enough trees to plant an acre. Upon maturity (not to be overlooked, some species take 20+ years), one acre of trees is enough to offset 2.6 tons of carbon dioxide per year, or the equivalent of driving a car 26,000 miles. Given that Americans averaged about 15 tons of CO2 per person in 2016, it would take around 6 years of planting trees daily to offset your yearly personal carbon footprint (more than you thought, huh?)

Using some of the numbers in the bullet points above and doing some quick multiplication, our acre of trees can now absorb 7.3 tons of dust, 29.2 kg of suspensions, and intercept over 1,387 tons of rainfall per year.  Not too shabby… 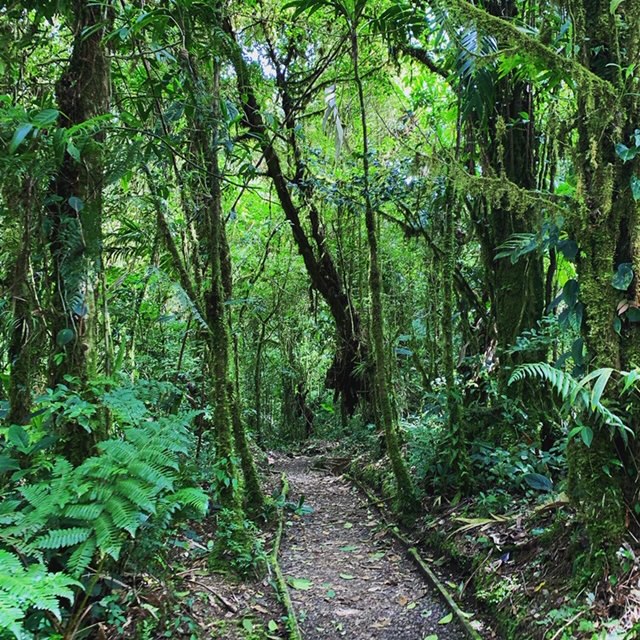 Perhaps most significant is the return on your investment.  Apart from feeling good about yourself and the environment, trees provide significant financial value. ‘According to “Growing Greener Cities”, a book published by the American Forestry Association, a single tree provides $73 worth of air conditioning, $75 worth of erosion control, $75 worth of wildlife shelter, and $50 worth of air pollution reduction. Compounding this total of $273 for fifty years at 5% interest results in a tree value of $57,151.’  Wow.

Now let us do some rough calculating with those numbers.  Assuming we’re in the rainforest and away from most development, let’s take away the $73 worth of air conditioning and say that each mature tree provides $200 of yearly benefits.  This knocks us down to a return of approx. $46,250 per tree over 50 years.

‘Money Trees is the perfect place for shade’…

What good can you do with a dollar?  Turns out, a whole lot.  It’s easier than you think it is to put your money where your mouth is when it comes to combating climate change, and a little green can turn into a forest.  Seeds of thought, seeds of growth, seeds of change.

Stay Up To Date

Campaigning for the Improvement of Our Environment

Embracing Renewable Energy to Contribute to a Cleaner & Sustainable Future